Going Home, But the Bus is Late

Transportation in Toronto is a growing necessity as population increases and urbanization continues to transform the Greater Toronto Area. There are many individuals who rely on the city's public transportation to commute to work however, there is a stark contrast in the percentage of people taking public vs. private transportation in Old Toronto compared to Scarborough. Why is that? Through extensive research, analyzing, and editing content, a clear and engaging informative visualization is produced. Data is carefully organized and structured to visually present data as meaningful information using various forms of visualization. The ultimate goal is to reveal unseen patterns, connections and/or trends to spark new interpretations and allow deeper understanding. 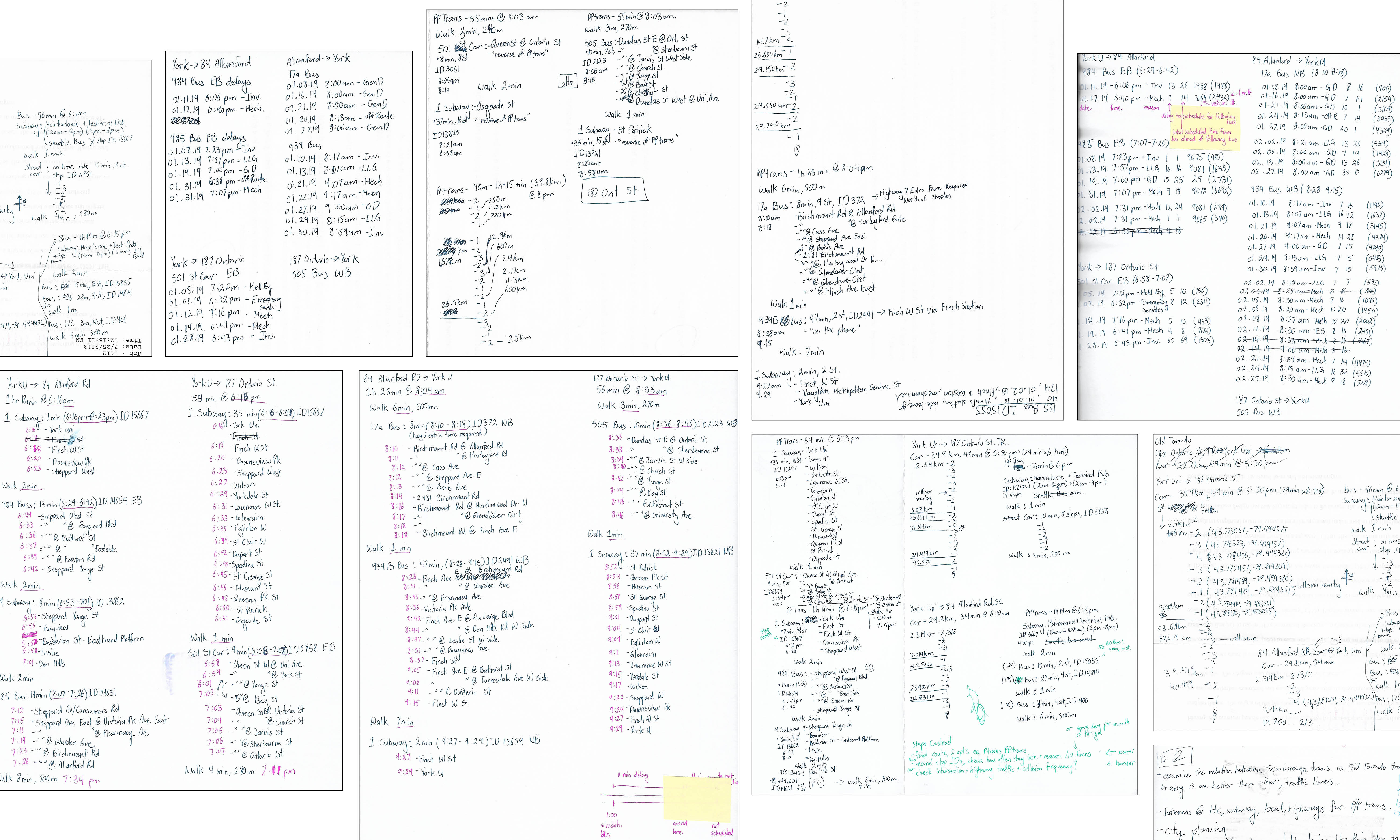 Research notes on certain routes, their time of arrival, and reason for lateness.

In a previous project, I researched the topic of "commuting to work" within the 6 districts of Toronto (North York, Scarborough, Etobicoke, Old Toronto, East York). In my findings, Old Toronto has the highest percentage of people taking public transportation to work (39.9%) and Scarborough has the highest percentage of people taking private transportation to work (61.1%). Expanding from my findings in the previous project, I explored this unanswered question by examining the delays and availability of public transportation, road restrictions, collisions, and traffic volumes at rush hours in both districts.  All data is taken from Toronto's Open Data resource panel, Statistics Canada, and using Google Maps.

Ideation and the Narrative Structure

I decided the most effective method to accurately present the data of my big question is to follow the narrative of a fellow commuter in Toronto. To do this, I record a few routes from Google Maps with a starting location in Scarborough and another in Old Toronto with the same destination during the standard work hours (leave at 8AM and return at 6PM). Both journeys also travel the same distance. Different stops, route numbers, arrival times, and distances, along with traffic updates on Google Maps are noted down. To faithfully illustrate these commuting routes, I chose some pieces of inspiration for illustrating the narrative of the Toronto commuter. I liked the visual form of “roots branching out”, as it represents the themes of possibility and choice of differing options. I choose Beck’s map because it was a representation of relative time and space, not location. I also did not plan on incorporating location, as my big question did not concern the geographic sense of where was travelled, but the events that occur during it. 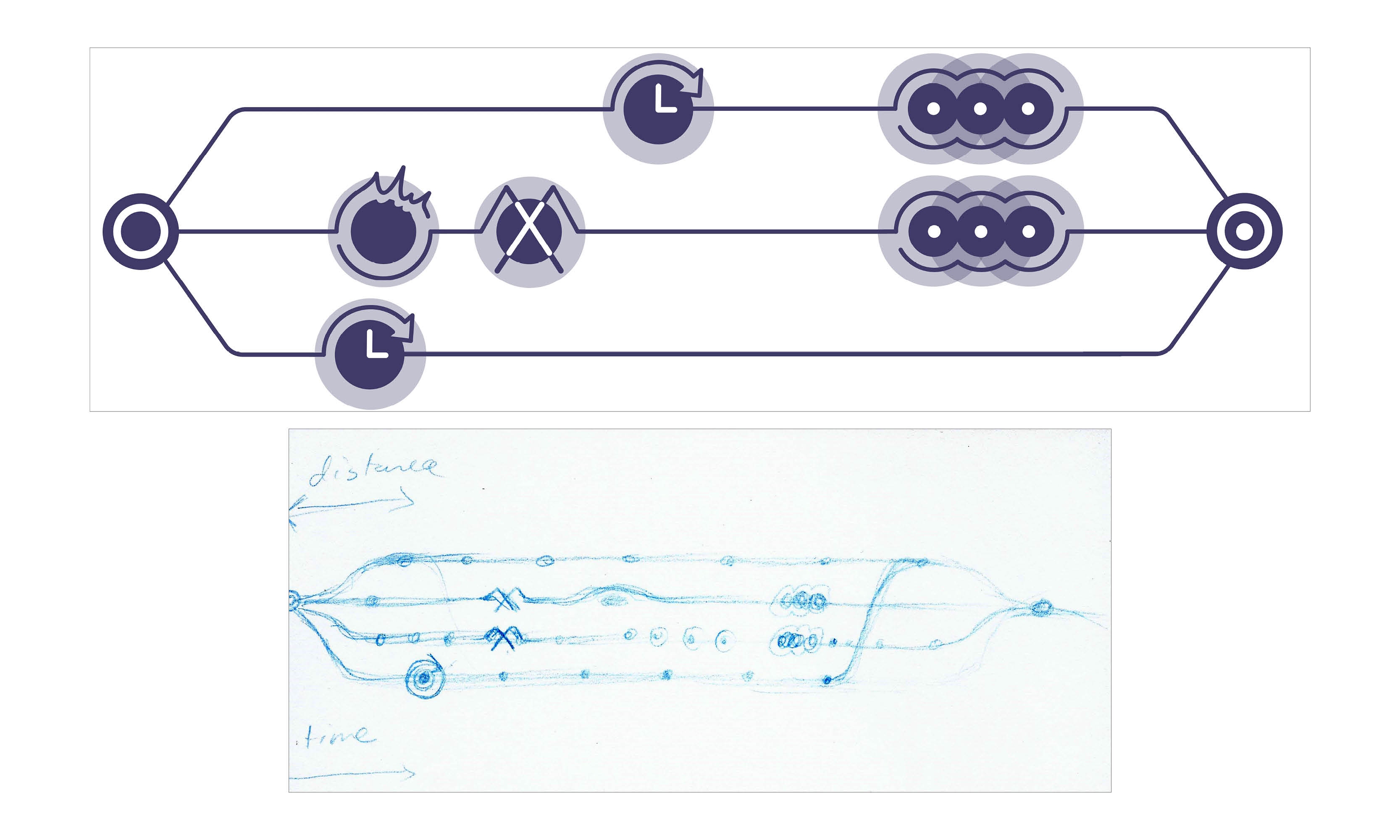 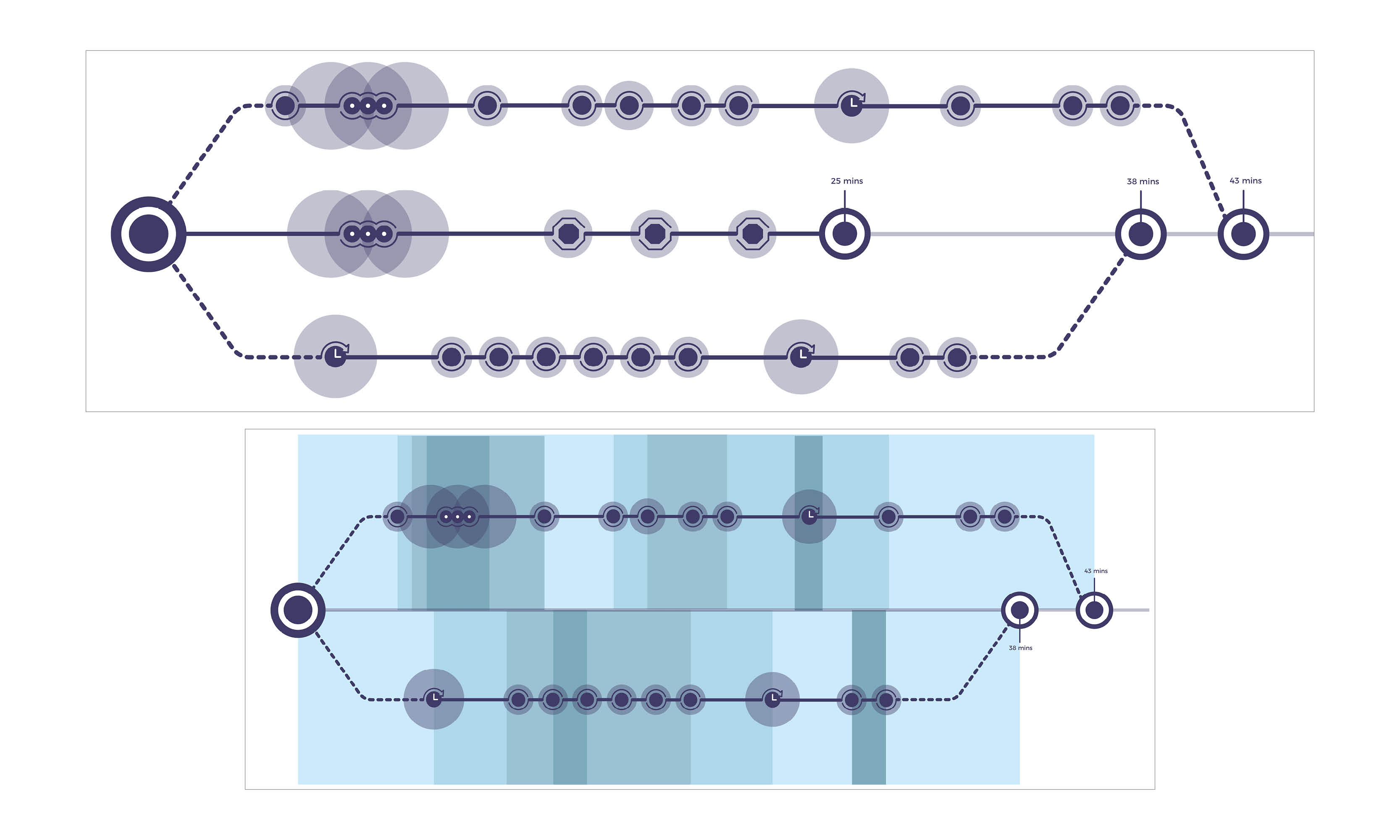 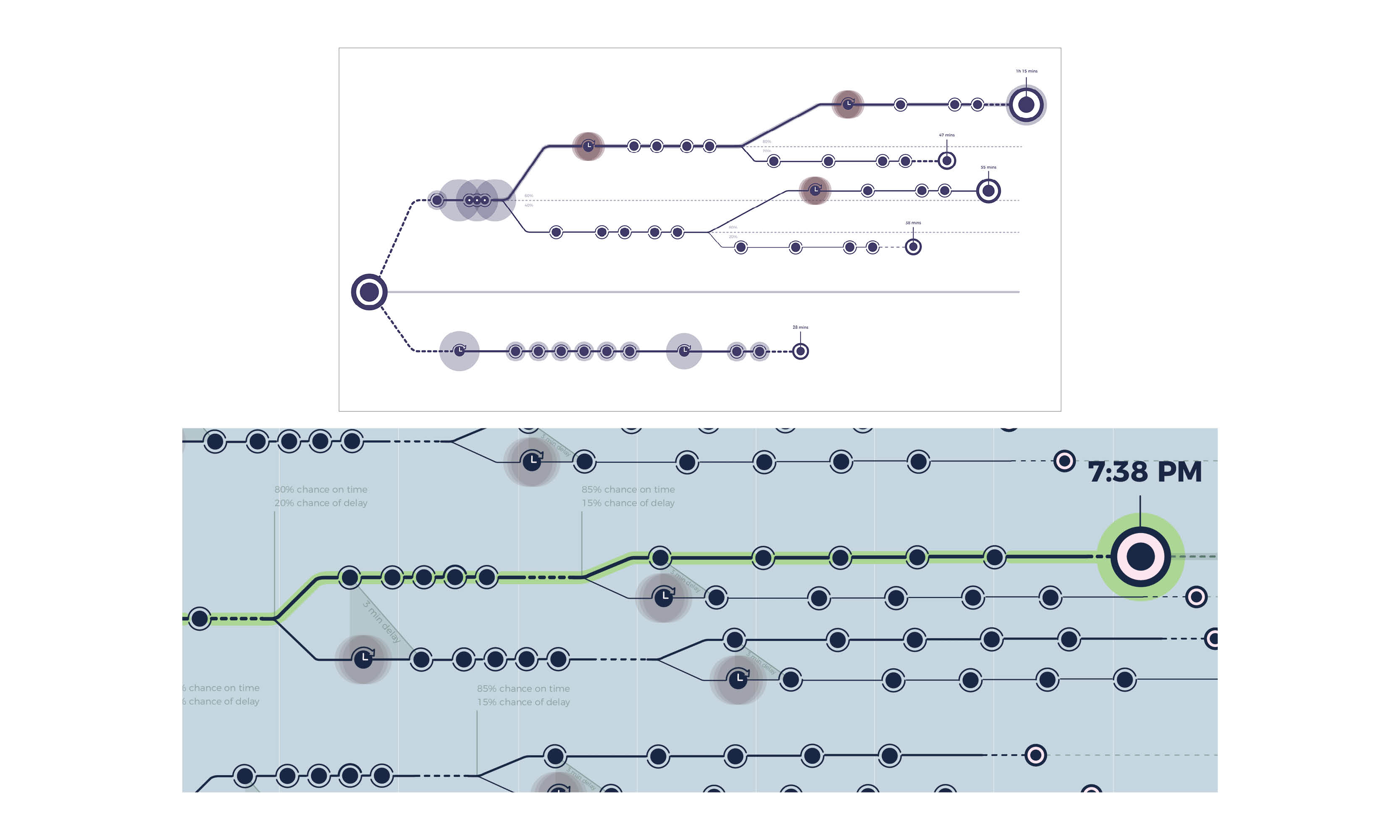 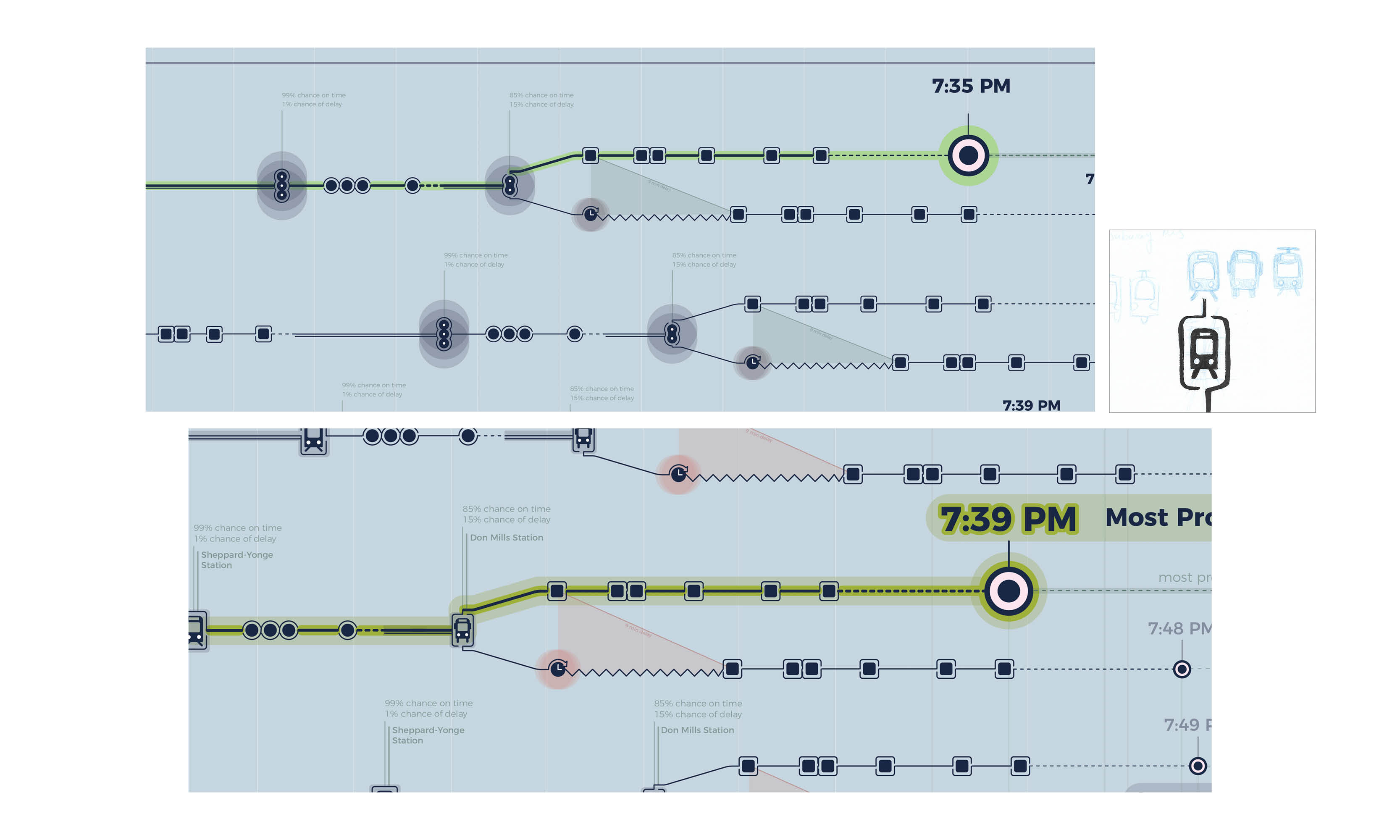 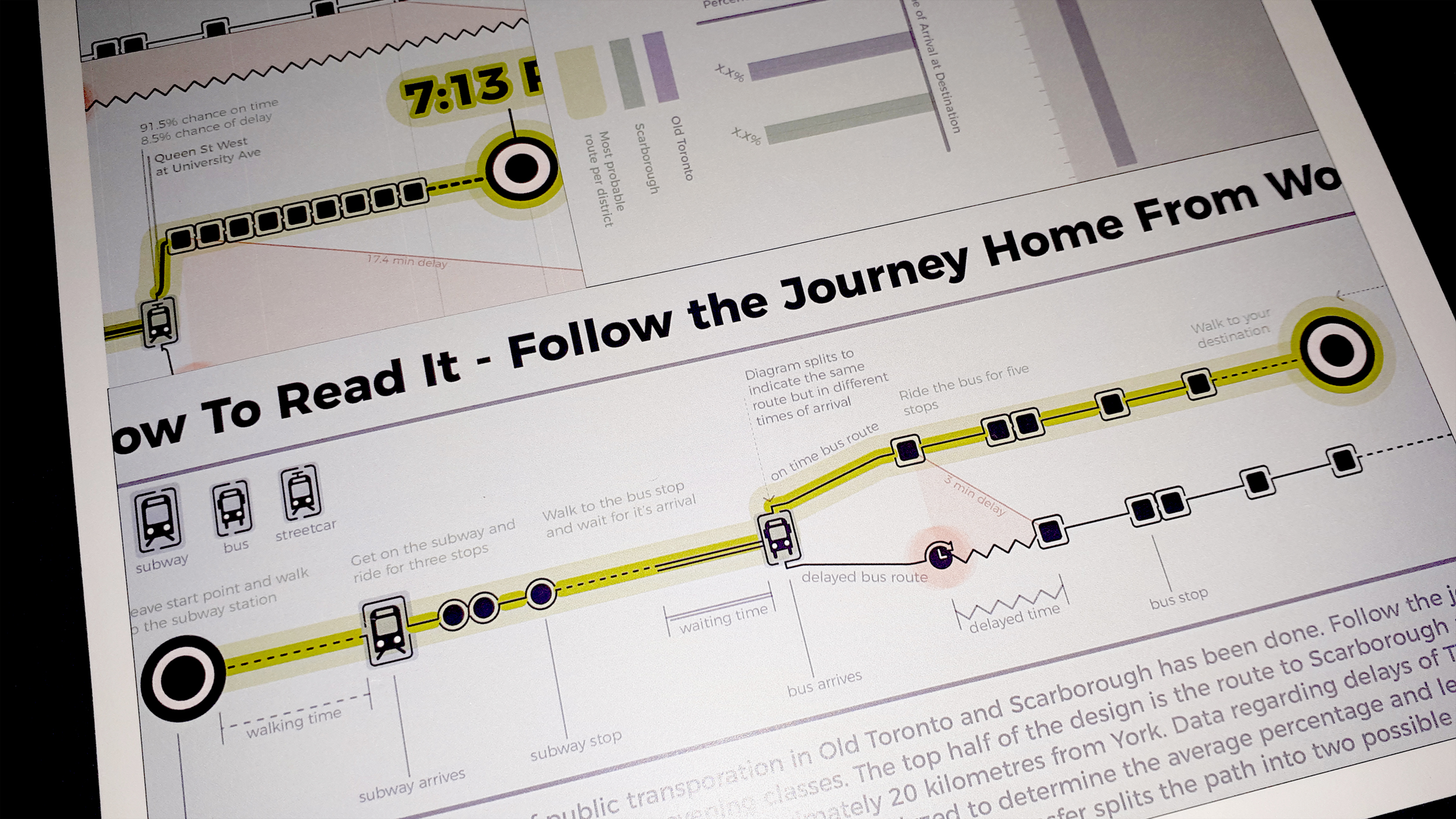 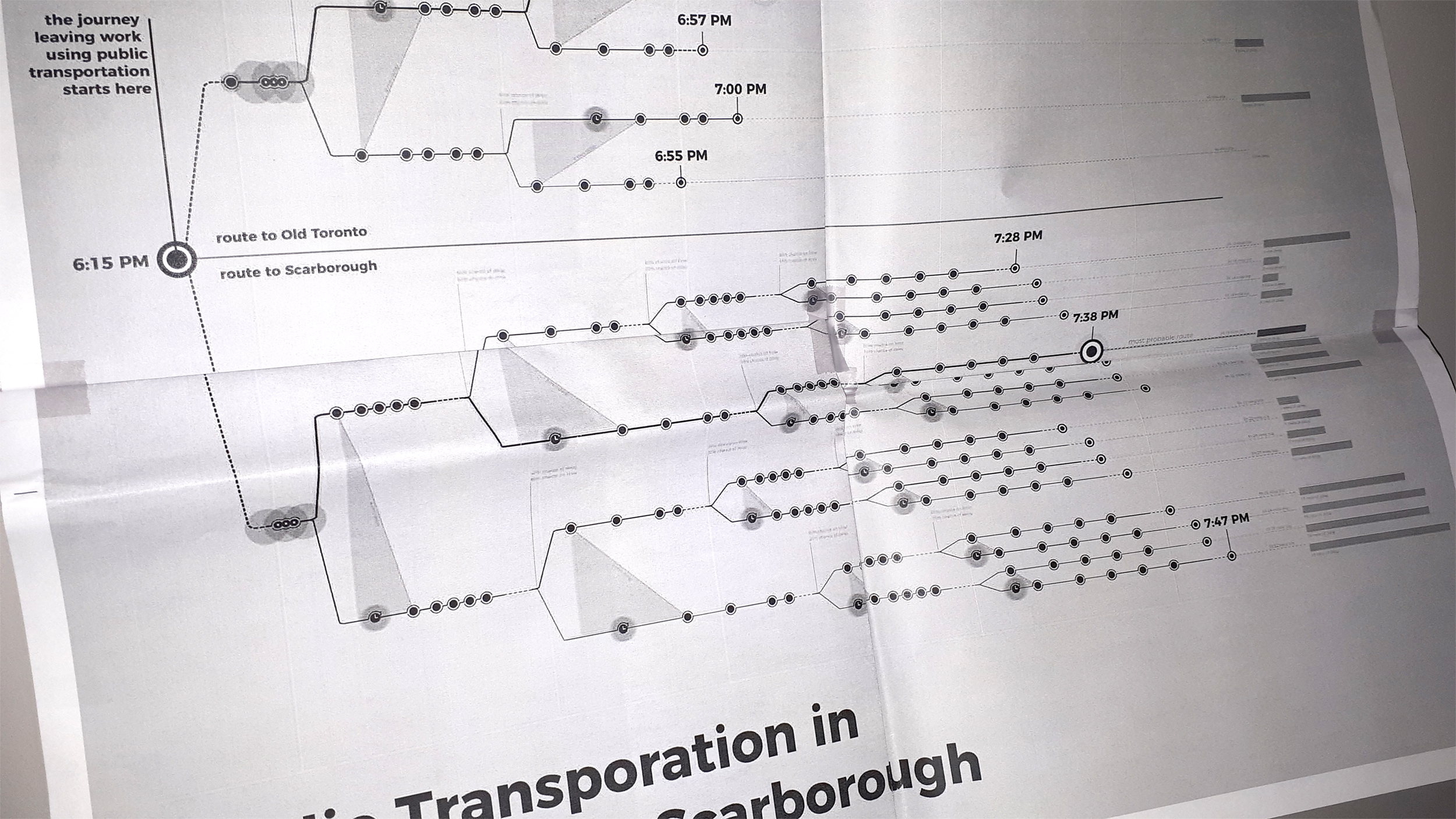 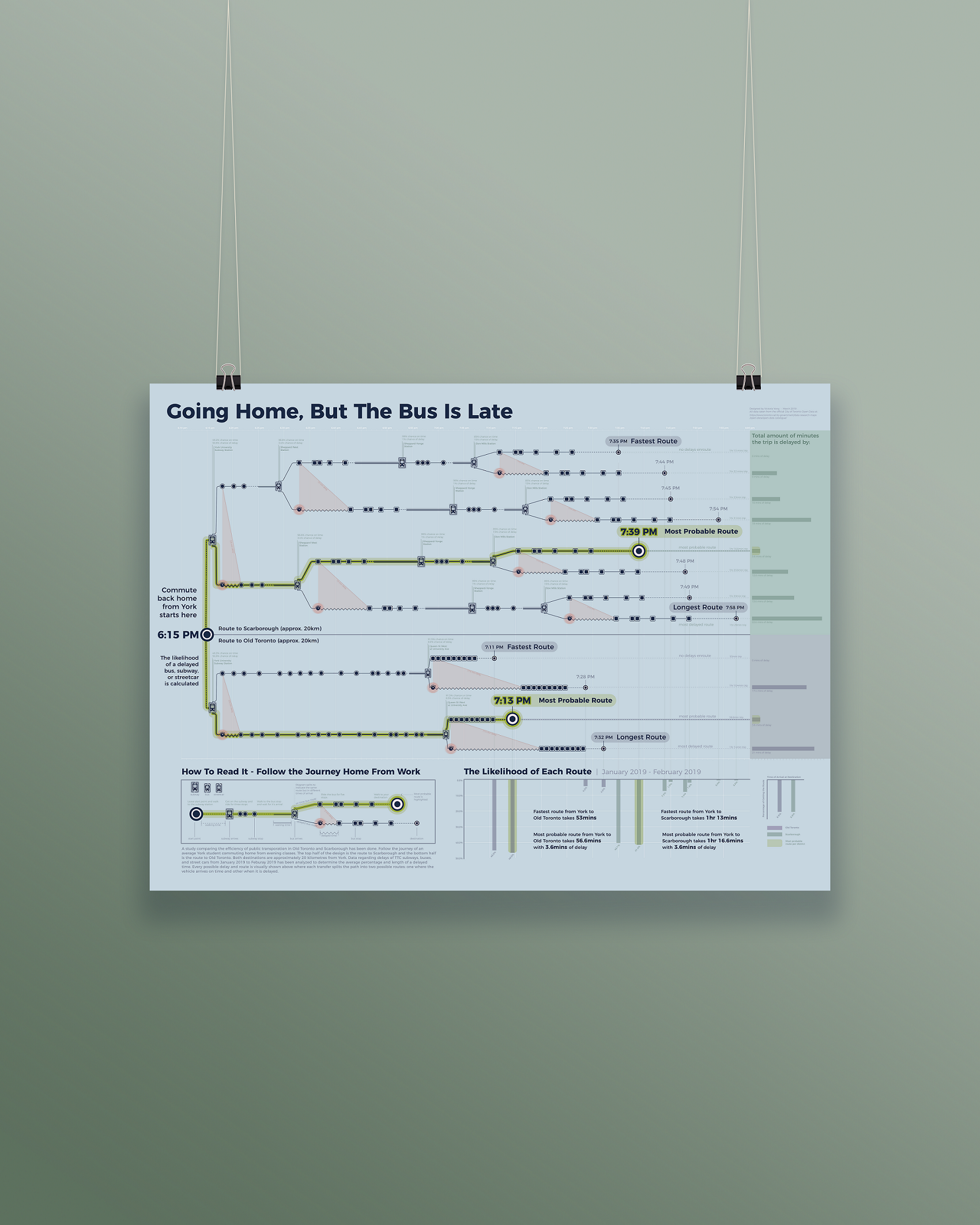 you can view the full process book here

Want to work together?

If you like what you see and want to work together, get in touch!